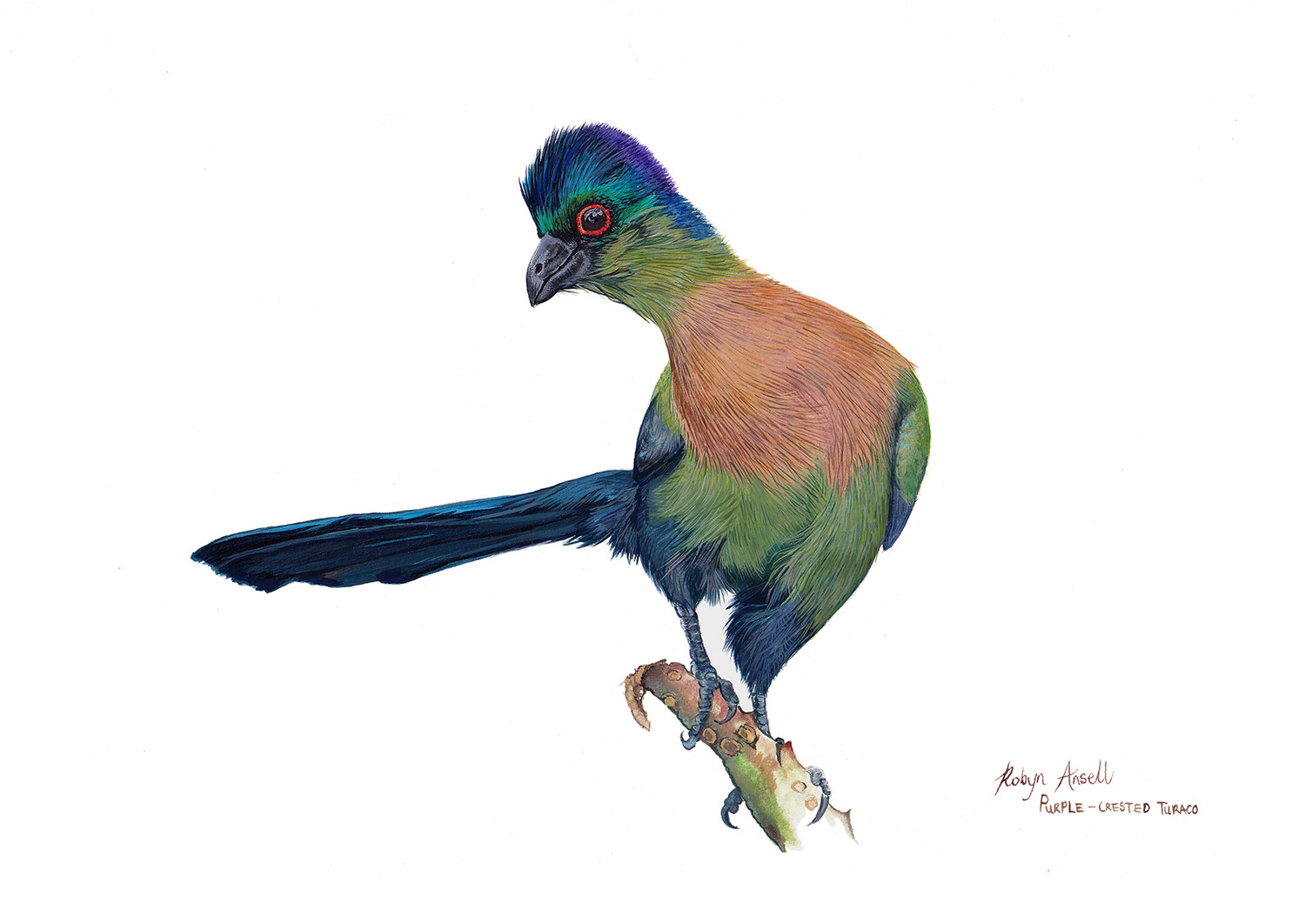 Purple-crested Turacos are commonly found in riverine forests, evergreen thickets, woodland, parks, and gardens. They are a noticeably striking, common resident in the Upper Highway area. The Purple-crested Turaco is the National Bird of the Kingdom of Swaziland, and the crimson flight feathers of this and related turaco species are important in the ceremonial regalia of the royal family.

Their beautiful flight feathers contain a vivid red pigment known as turacin. This pigment is found on no other animal and, for this reason, has several cultural ties. Once a feather is shed, the turacin pigment slowly fades over time, after several years it will disappear completely.

Each print is made using a fine art printer on premium cotton rag paper. The result is a print that is remarkably alike to the original painting. The paper and ink used are both archival which means the print won’t fade over time.

Save this product for later
Display prices in: ZAR